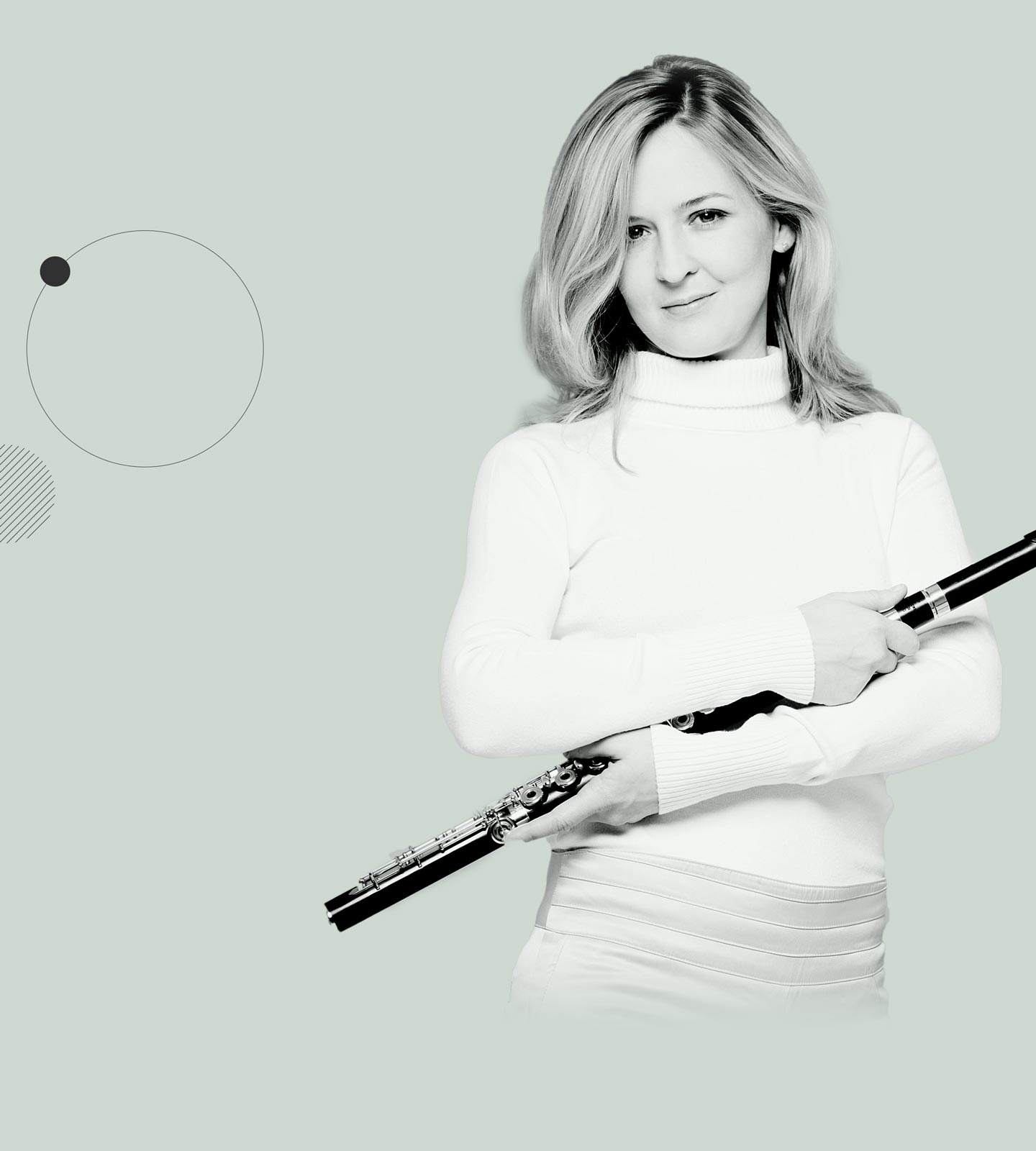 Once called the ‘Paganini of the flute’ by a critic, OPUS KLASSIK winner Tatjana Ruhland has numbered among the most acclaimed performers of her instrument at least since her Carnegie Hall début. In December 2018, she performed Debussy’s „Prélude à l’après-midi d’un faune“ with the Berlin Philharmonic, described as „a fabulous faun“ by Berlin’s leading newspaper and highly acclaimed by the audience.

After her CD recording of romantic works by Carl Reinecke the critics called Tatjana Ruhland „on the top of her class“ and praised her „virtuosity as well as her warm sound“. This album was awarded the music award OPUS KLASSIK 2018.

In a review of her CD recording of Krzysztof Penderecki’s Flute Concerto, Fono-Forum wrote: „Here Ruhland, with the valiant orchestra at her side, indulges herself to the hilt in virtuosity, transitions and contrasts“. The said recording also contains works by J. S. Bach (including the virtuosic Second Orchestral Suite).

Her musical expertise and inspiring stage presence are employed to full advantage in well-conceived programmes and challenging projects. Recently, for example, she was again invited by the Heidelberg Spring Festival to give the première of a newly commissioned work: a flute concerto by David Philip Hefti (2019). She has also appeared in recent years at such leading festivals as the Heidelberger Frühling, Beethovenfest Bonn, the Lucerne Festival, the Würzburg Mozart Festival, the Musikfest Stuttgart, the Ansbach Bach Week, the Prague Spring and the Festival de Radio France, not to mention playing in the orchestra of the Bayreuth Festival. Being the solo flutist of the SWR Symphony Orchestra (chief conductor Teodor Currentzis) since 2000, and a frequent guest in other radio, opera and symphony orchestras, she regularly gives concerts in Tokyo, Amsterdam, London, Berlin, Vienna and Zurich.

In 2022, Tatjana Ruhland was appointed professor of flute at the Mannheim University of Music and Performing Arts.

Tatjana Ruhland was born in Regensburg and received her training in Munich, New York and Siena. Besides winning first prizes at the German University Competition and the Prague Spring International Competition (1996), she is a laureate of the prestigious Kobe International Flute Competition (Japan, 1997) and the East&West International Auditions (New York, 1999) and has held a scholarship from the German Music Competition.

Tatjana Ruhland plays instruments by Muramatsu as well as V.Q.Powell.

Updated September 2022. Please do not use previous materials.

She performed Debussy’s „Prélude à l’après-midi d’un faune“ with the Berlin Philharmonic, described as „a fabulous faun“ by Berlin’s leading newspaper the ‘Tagesspiegel‘.

For her recording of Carl Reinecke’s flute works, Tatjana Ruhland was awarded the OPUS KLASSIK in the category Concert Recording of the Year 2018.